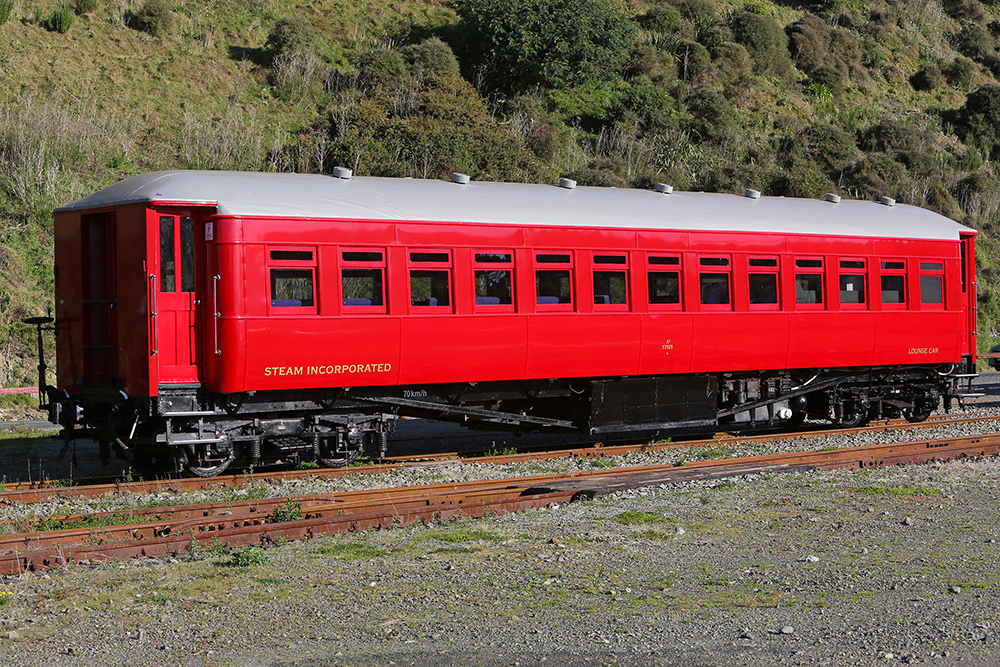 This carriage was built at Otahuhu Railway Workshops and was completed week ending 11th November 1933. It was a standard North Island 50 foot second class car catering for 44 passengers with Scarrett seats, had a toilet compartment at each end, covered vestibule connections, and rode on SKF roller bearing bogies.

Aa1783 was assigned to the Wellington District of NZR for use on Main Trunk and provincial expresses. During an extensive overhaul in 1947 it was fitted with steel anti-collision ends and new Timken roller bearing bogies. With the introduction of the 88 seater twin set railcars in the 1950's, Aa1783 saw less use on regular long distance trains. In the 60's and 70's it was used on Wellington suburban services. In 1975 the covered gangways were removed in keeping with its now suburban role.

On 16th November 1979, Aa1783 sustained damage to a vestibule end when a multiple unit collided with it in the Wellington yard. Fortunately it was sent to Addington for repairs and returned to service in Wellington in May 1980. In 1981 it was renumbered as part of the TMS renumbering to A50290.

Along with sister Steam Incorporated carriage Aa1757, Aa1783 had its last NZR journey on the 5.21pm carriage train to Taita on 1st October 1982. After a year in storage it was purchased by Steam Incorporated and was first used by the society in January 1984.

During 2002 Aa1783 was withdrawn from excursion service as major repairs were required. With changing priorities the car is still stored for several years awaiting a major rebuild. This eventually commenced in 2012 and was completed in 2018 being fitted out as a lounge car.  Certified for main line use in 2019.