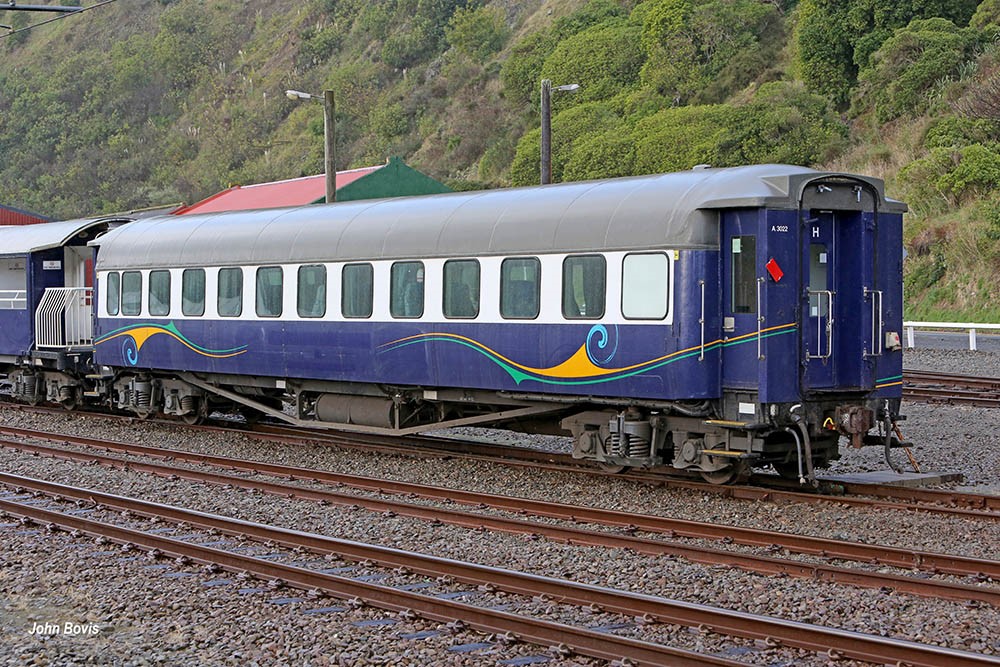 Between 1937 and 1945 157 of the “standard” 56’ cars were built at Addington and Otahuhu workshops. Several different formats were built including First Class Cars (several variations) , 108 Second Class, Day/Sleeper composites, 1st/2nd composites, 14 & 16 berth Sleepers, Ambulance Cars and one Vice Regal Car.  They became the standard main line passenger vehicle for many decades.  The final examples were not disposed of by KiwiRail until 2018.  In later years most were extensively rebuilt to form the named trains of the seventies and eighties.

A1975 was in a batch of six cars that had a six seat compartment that could be reserved for private on family parties.  These particular cars were not fitted with the pressure ventilation system used in other 56' first class cars.  It was the last of the iconic 56' cars built.

Tare as built was 28.4 tons versus 29.2 tons for a first class car with PV equipment.

By the end of 1955 all were spare having been replaced by railcars that had taken over the provincial express trains.

In June 1971 it was overhauled and upgraded to be an additional car for the Southerner rail service that had begun running between Christchurch and Invercargill in Dec 1970.  It was reseated with 33 seats for this use.  In 1977 further improvements were made at Addington with underframe modifications to allow new bogies to be fitted , new gangway connections and modified fluorescent lights.

In 1988 at Addington modified to a 53 seat car for  Wellington to Auckland service.  A3022 was amongst the cars used for the revised overnight blue Northerner service that replaced the original yellow cars.  In 1997 was overhauled at Hutt for a backpacker car on the Overlander services.

After seeing service as a backpacker car on the Overlander services it became part of the Auckland charter fleet and also saw service helping out on Wellington to Masterton trains.

A3022 was disposed of by KiwiRail in 2013 into private ownership.  Has since then has been leased to Dunedin Railways.

Sadly with the unfortunate recent mothballing of Dunedin Railways and limited storage space in Dunedin a new home was required for A 3022.  Steam Inc will be custodian of 3022 for the immediate future.  A3022 arrived at Paekakariki in  July 2020.  Next year in 2022 after our re-certification process has been completed we hope to utilise A3022 along with a powervan that has an enhaced outdoor viewing area on selected excursions.

Thanks to Juliet Scoble and the New Zealand Railway Observer (NZRO) for some of this information.  There is an excellent feature on the 56' stock in the Spring 1963 issue of the NZRO.